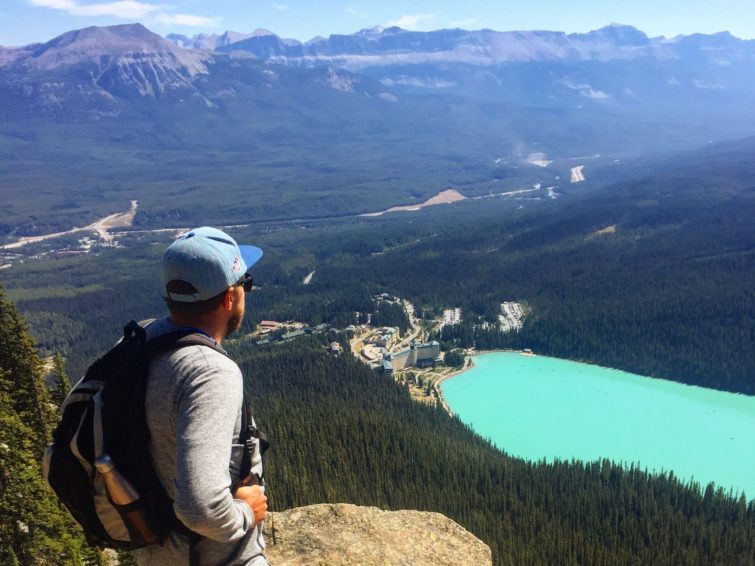 Maybe it’s the feeling of inspiration that we get from starting our day at the top, or maybe we all just want to wake up like a boss. Whatever the reason, you’d be hard pressed to find a home buyer in Calgary that doesn’t like the idea of sipping margaritas on their patio watching the stampede fireworks blast over a skyline backdrop.

Good views are a highlight of any home, and while desirable, common perception dictates that you’ve got to pay for them somehow. This is almost unequivocally true in any situation, whether it’s that hotel upgrade to an ocean view or a 10 hour grind up to that backcountry cabin, you’re paying a price.

As a Calgary real estate developer this concept sent me down a wormhole deeper than the time I lost an entire Monday trying to figure out if Jon Snow was dead. At least in this case I didn’t come back more confused than ever. In fact, I set out with one question and came back with an answer to a better question. Follow me down and I’ll have you sipping rooftop margaritas like a boss in no time.

Naturally, the first thing I asked myself was:

“What market value is gained by having a home with a view?”

To answer this I picked some general areas that I know offer both lower elevation lots and lots with city views, Bridgeland/Ramsay in the north and South Calgary/Bankview/Richmond in the south. Once chosen, I pulled some MLS data and cross referenced the addresses with their respective elevations.

If you take a look at the attached charts you’ll see that on average the cost per square foot of a new home (represented in blue) increased with the elevation. In Bridgeland/Ramsay homes on the hill were selling as much as $100/square foot more than the lower lying homes. If you extrapolate this across a 2000 square foot home that is a $200,000 increase in value, a shockingly high number to me – cue the wormhole.

To examine this more closely I had to evaluate two things: the build cost and the land cost.

The build cost unfortunately is somewhat subjective as exact numbers weren’t available. Based on appearance alone, it seemed that the finish levels were similar for all houses in the same areas. However, to be safe I would assume that the houses with a view were built with higher cost materials, costing roughly $30-$50 per square foot.

The other cost that goes into a development is the land purchase, so my next train of thought was to map land values by elevation as well (represented in red). Once I mapped these out for both areas I found that average land values remain relatively flat across the elevation spectrum, thus the better question was born:

“Can views actually create market value in a home?”

To me the answer is a resounding YES.

If land values don’t increase for elevated areas and sales prices do, you are gaining an intrinsic value by purchasing land and building on an elevated lot. In the land of finance or capital markets, they call this arbitrage which is simply a fancier way of saying “free money”. Even after adjusting for the higher build cost you still maintain a significant increase in the value of the finished house.

Views elicit emotion, emotions sell homes, so don’t be afraid to kick the budget up a bit and build to impress. You’ll get more than you pay for!

Make sure this account has posts available on instagram.com.